H2O Drones and Ghost Diving for a clean sea

Ghost Diving and H2O Drones have been working together for a long time. What is striking is that Ghost Diving is much different from the other partners; they have nothing to do with water infrastructure or search and rescue organizations. So what does Ghost Diving do? They clean the sea! And they do this side by side with the ROV DTG3.

The DTG3 was gifted to Ghost Diving at the time by H2O Drones’ supplier, Deep Trekker. Two years ago, Deep Trekker celebrated its tenth anniversary and they chose to donate a drone to Ghost Diving because of the noble work they perform: fishing indigestible fishing nets and gear out of the sea. 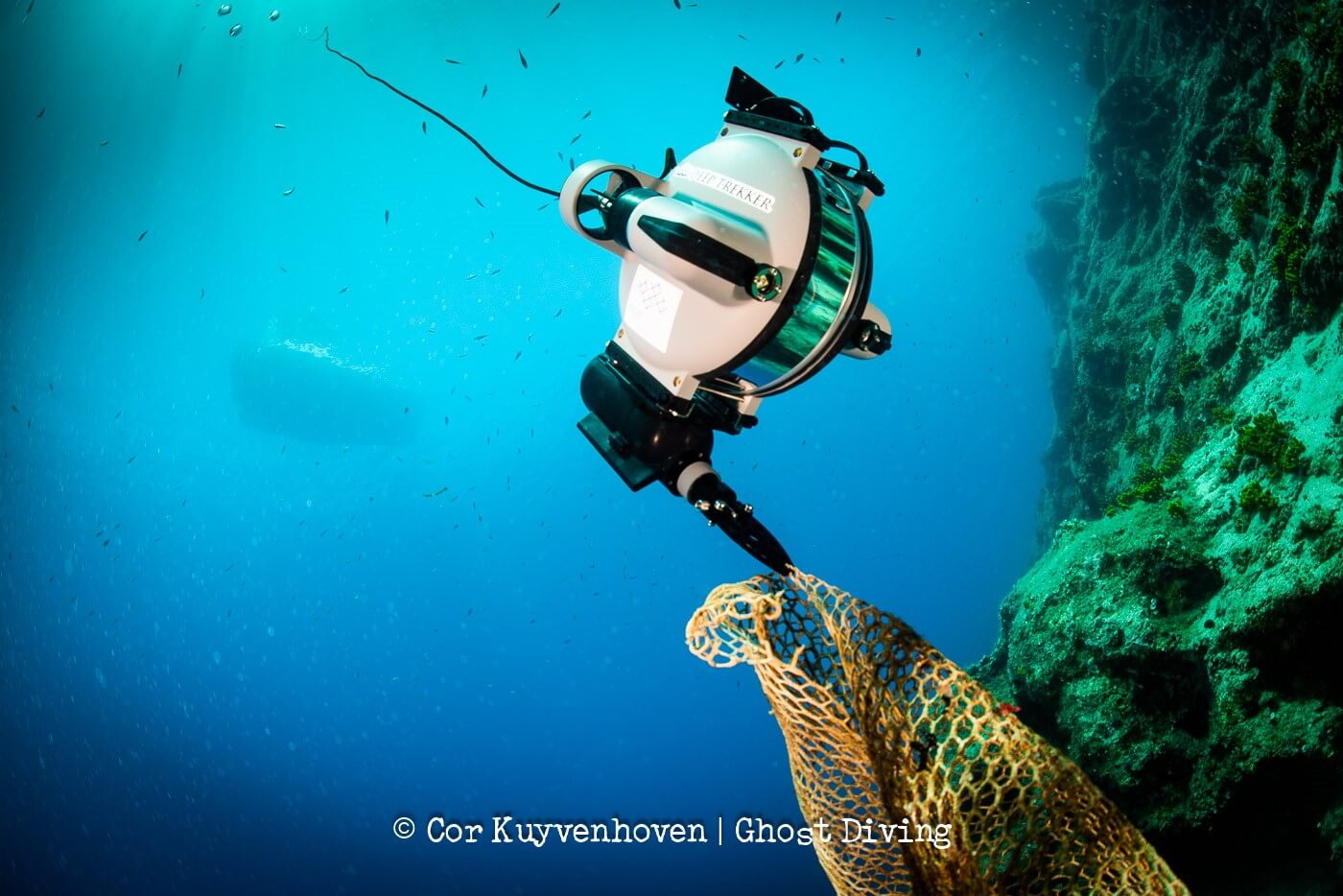 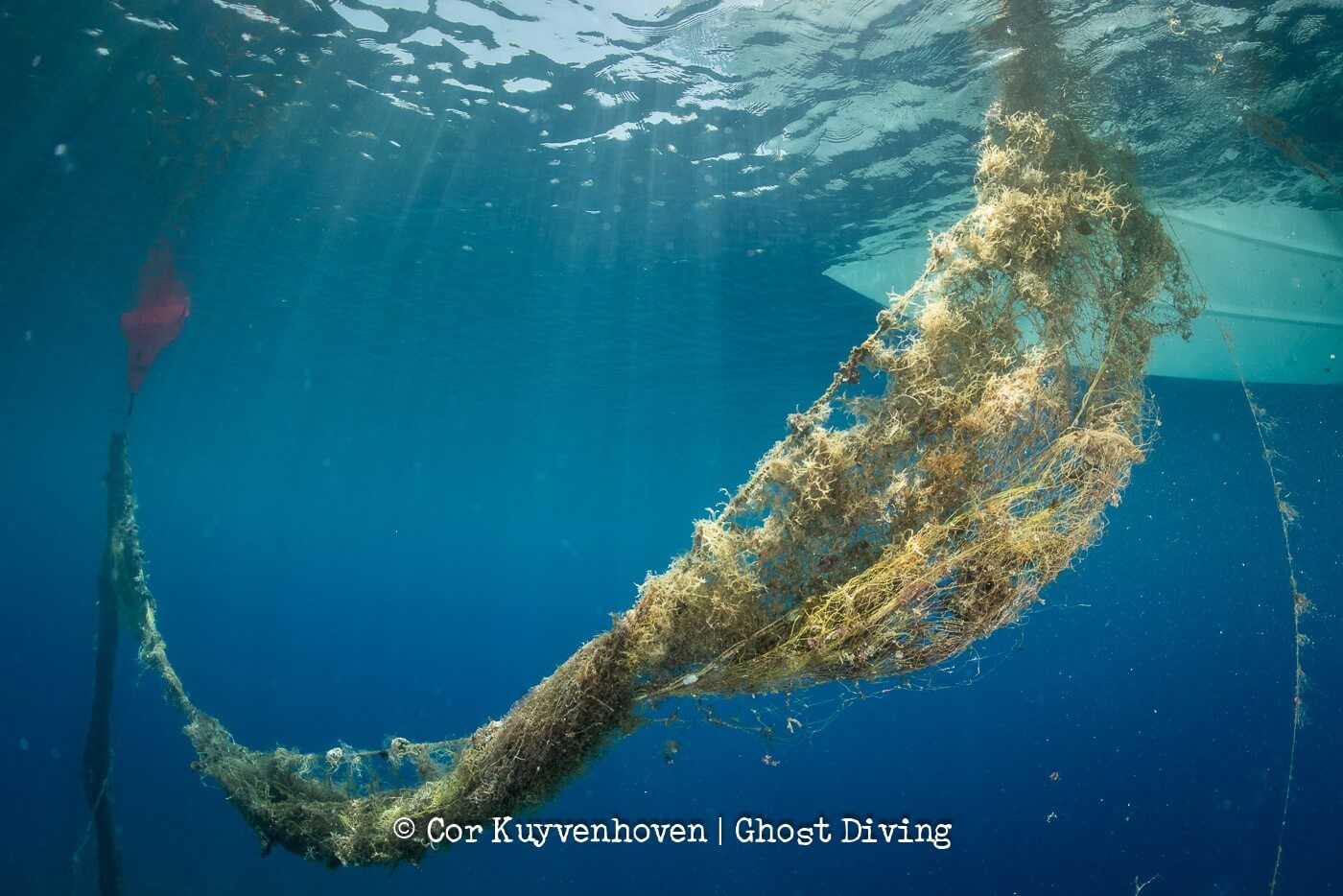 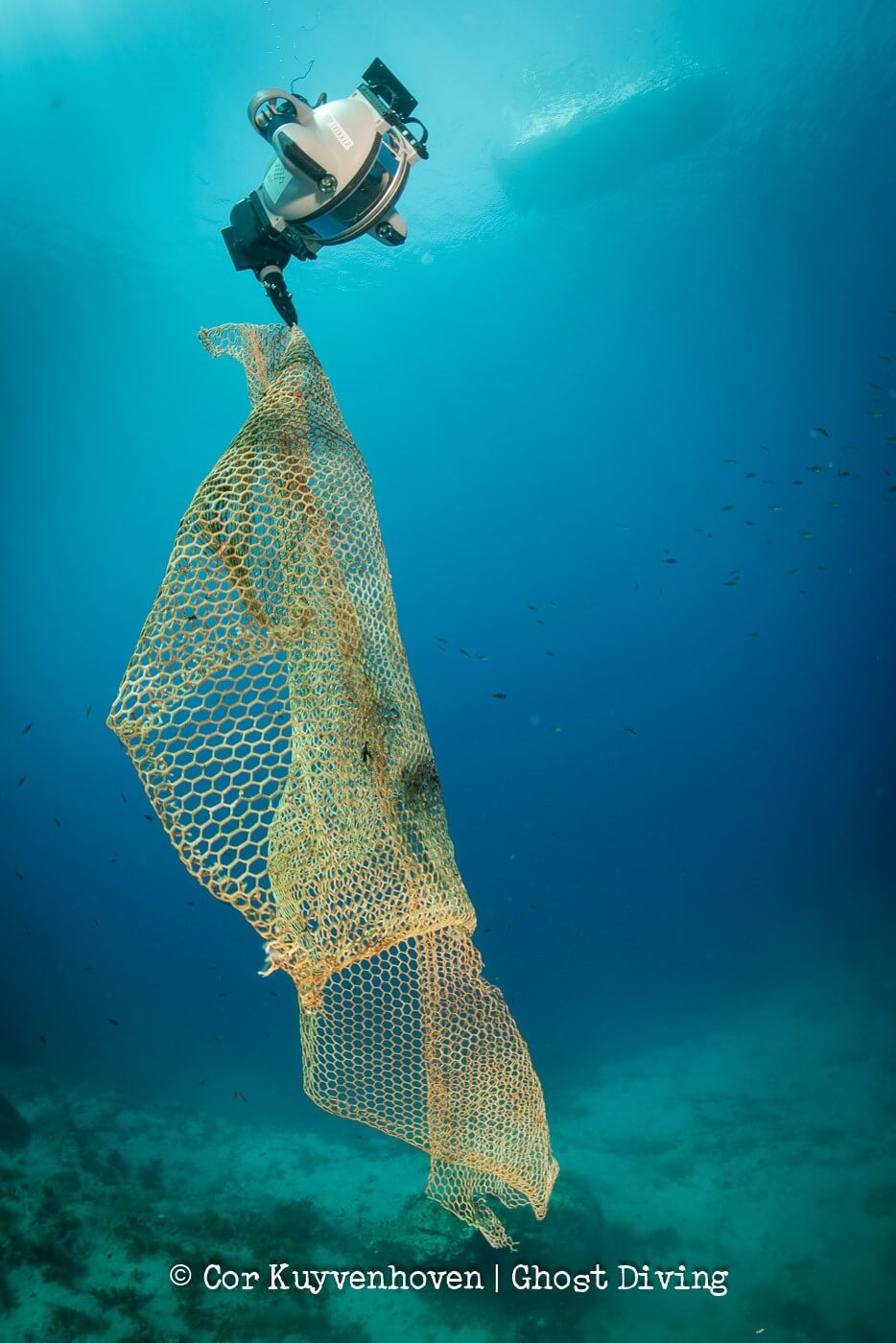 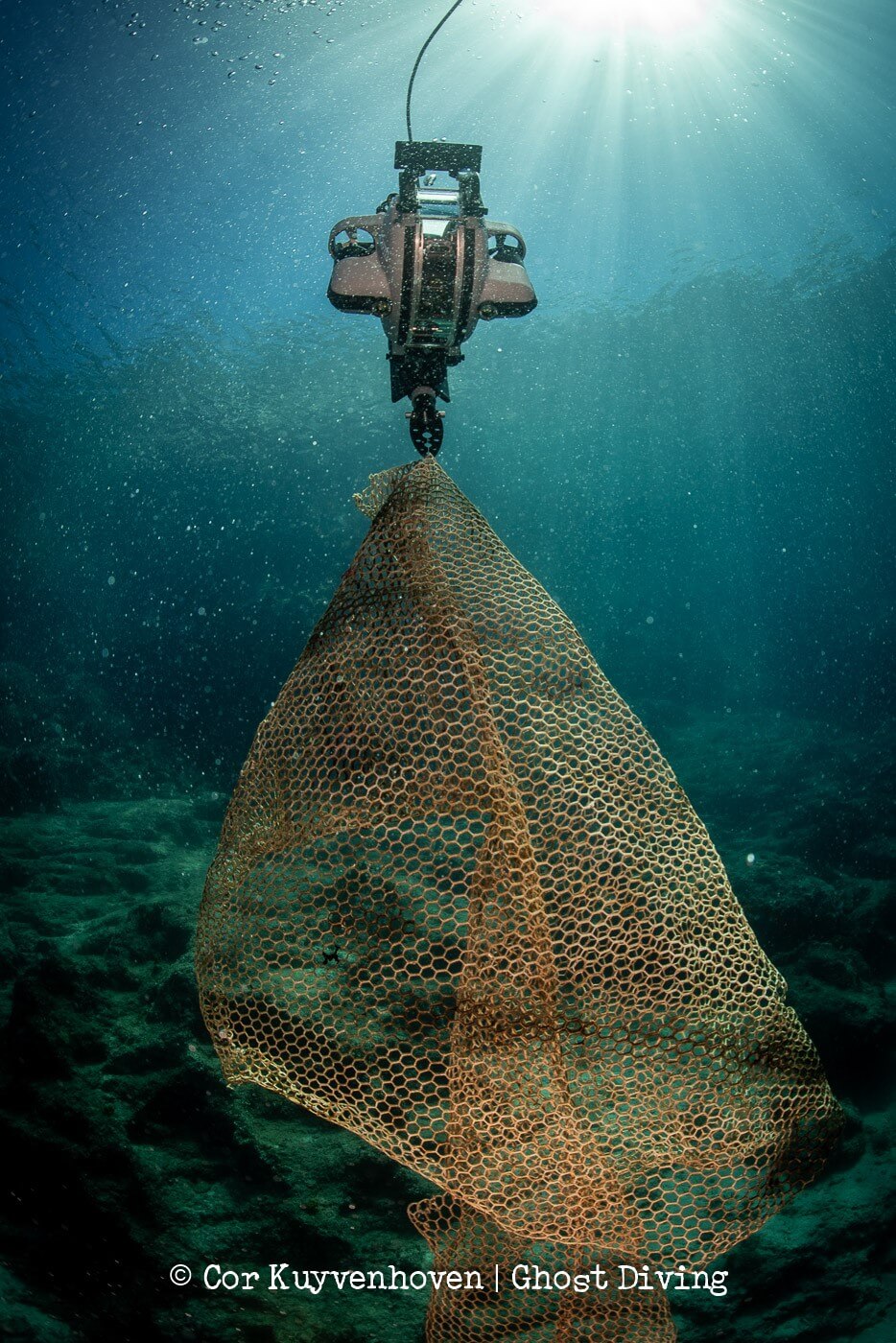 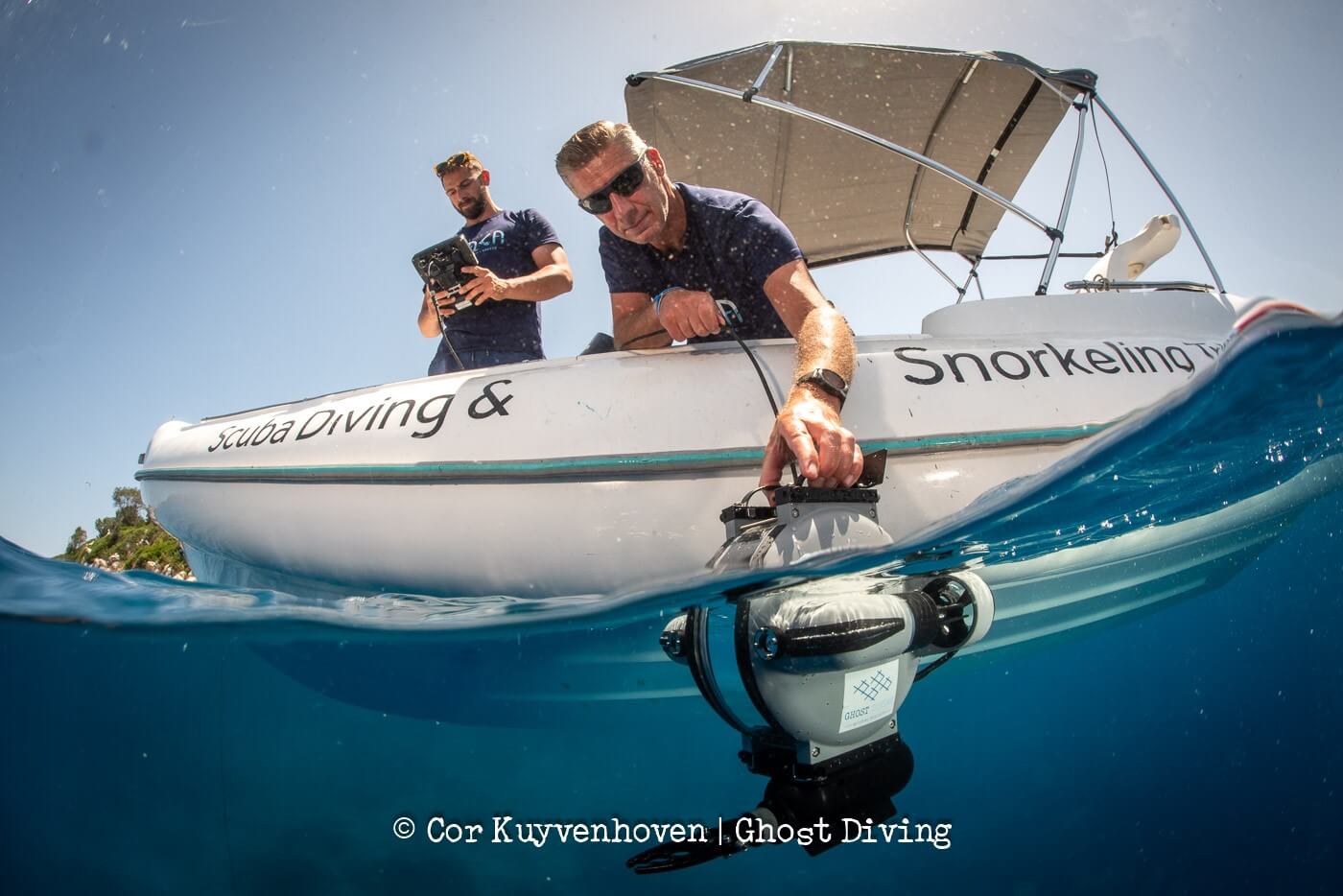 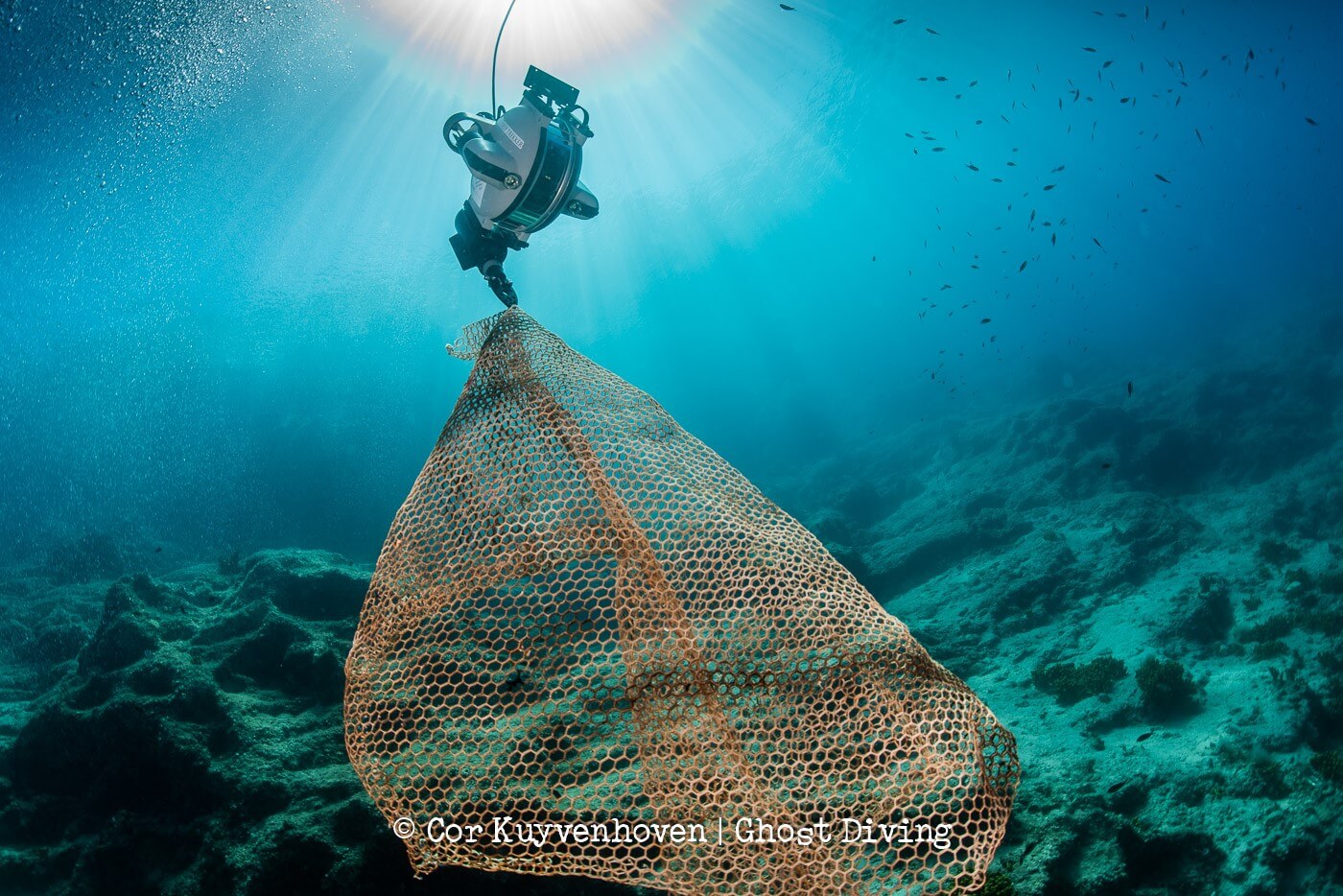 “More suggestions than facts”
According to Pascal van Erp, president of Ghost Diving, pollution from fishing gear is a major and still growing problem. At the bottom of the North Sea there are a lot of shipwrecks with polluting fishing gear. “Really unbelievably many. So around ten thousand.” There was a lot of fishing in the North Sea in the 1950s, and due to various mistakes, this has left the bottom contaminated with fishing gear. For example, it goes overboard or is left behind. And that still happens all over the world. “It’s so full of gear there, it’s almost impossible to describe. The problem with that is the material of fishing gear. There are some studies that describe the durability of fishing gear, but it takes so long for it to break down, that those studies are more suggestions than facts. From that, we were born.”

Escalation for a good cause
Van Erp explains that he has been active as a diver for a long time. Since 2007/2009 he has been retrieving fishing gear from the sea, together with his team of divers. From that, Ghost Diving was born. “At the time we did that with a group of friendly divers, but that escalated a tad as more and more people joined. Then we transformed into a foundation and we continue to grow. There are now about fifty of us divers and a core team.”

H2O Drones was involved in the donation of the drone. As they are based in the Netherlands and Ghost Diving mainly operates in the North Sea and Mediterranean Sea, H2O Drones was asked to provide maintenance and service for Ghost Diving. Since then, H2O Drones and Ghost Diving have been working together for a cleaner sea. A short time ago, H2O Drones came to the rescue because a cable had been cut by a boat propeller. This was then quickly replaced so that operations could resume in no time.

Safety first
According to Ghost Diving, the drones and service of H2O Drones are ideal for the continuity of the work. In some places in the North Sea it is sometimes too dangerous to dive or divers are not allowed to dive at all. A drone is then ideal for inspecting the underwater environment. “The divers are often in danger underwater, because water is unpredictable,” says Mr. K. K., “and they are not allowed to dive at all.” A drone can keep an eye on the divers or even do some of the diver’s work if conditions are too risky to dive. “It also saves a lot of money and a lot of time, because we don’t have to send a whole team underwater, for example. A drone can watch everything that way and ensure safety. Even in murky water, because they are equipped with sonar.”

Help and service
“We needed someone who has a lot of expertise and understanding of the aquatic world and H2O Drones has proven that twice over,” says Van Erp. He emphasizes that knowledge about drones and the underwater world is very important to their foundation. “The help is very valuable to us that we get from H2O Drones. They provide the right support and have the right knowledge. When we use it in our environment, we get a lot of positive feedback and notice the curiosity about the underwater drones.”

Partners in crime
“They’ve gone with us a few times already, along with the drone. Those were very successful days. It was super convenient that they were along, because we knew nothing about the drone. After such a day we were convinced that H2O Drones had to be our partner in crime,” says Van Erp.

Do you want to know more about our co operations and field of interest? Contact us here.