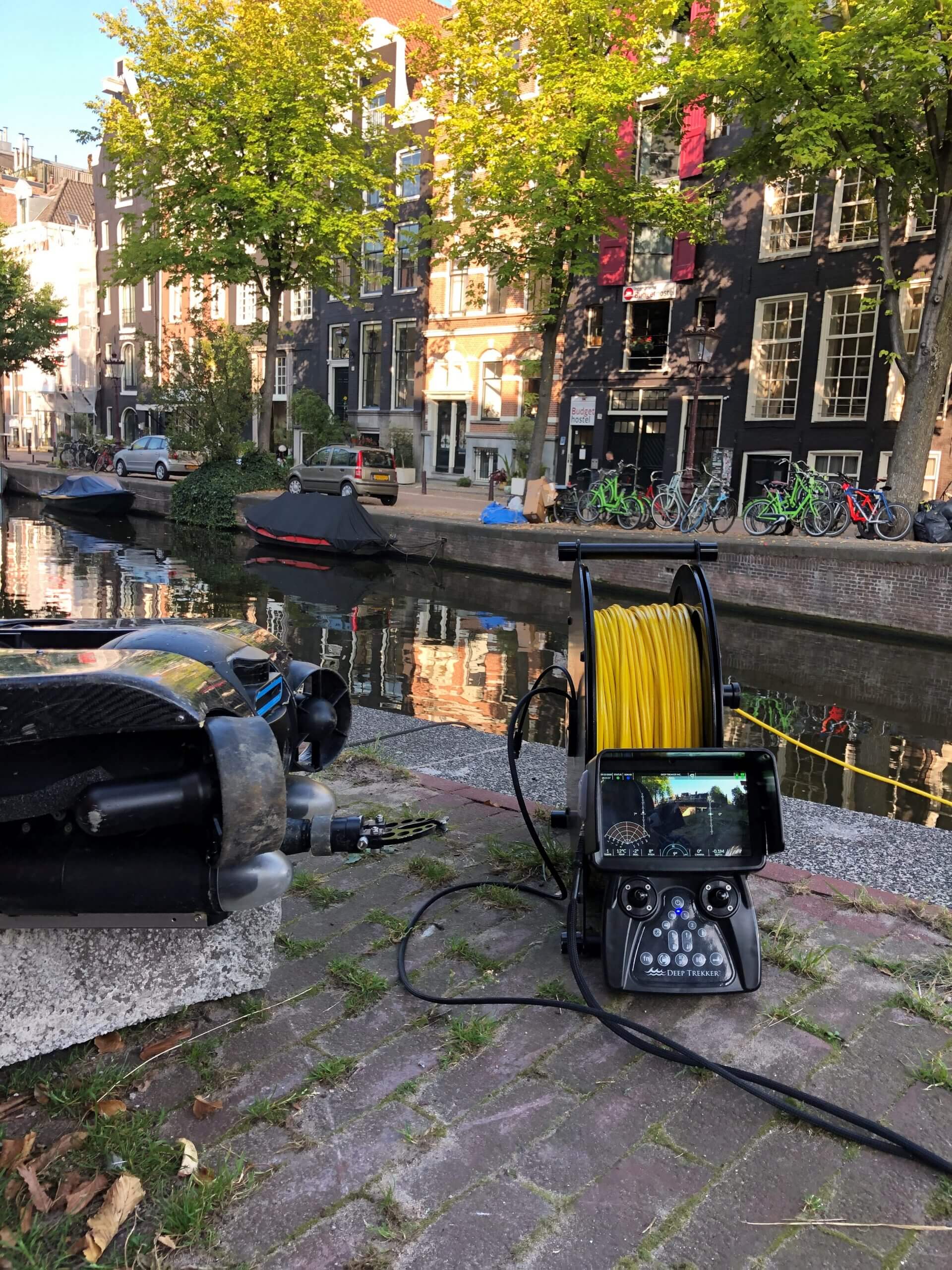 Should divers or ROVs be used for inspections of an underwater dam, embankment and quay?

When carrying out underwater inspections for offshore infrastructure, dam owners should aim to use both ROVs and divers to ensure safe, efficient and affordable operations.

All those managing dams, dykes and embankments understand the critical importance of regular (dam) inspections. There is growing concern about dam safety worldwide. Fewer new dams are being built and many existing dams are ageing and starting to show signs of wear.

Especially in the Netherlands and Belgium, the countries of water and water works, it is crucial to maintain dams (and dikes) properly. When they are in bad shape, the consequences can be disastrous. Fortunately, this does not happen often, but when something goes wrong it has major consequences, for everything in the immediate vicinity. This must be prevented, of course, through regular maintenance and inspections.

Dam inspections can cover many areas, but perhaps the most difficult to carry out are those which focus on the surface of the dam below the waterline. Underwater inspections are not only crucial for checking existing dam walls for cracks and signs of ageing, but they are also necessary during the construction of new dams.

Remotely Operated Vehicles (ROVs) are used for underwater inspections in various industries, and the offshore industry is becoming increasingly aware of their usefulness.

The REVOLUTION underwater drone is capable of operating at depths of up to 300 metres and can perform various tasks such as video and photo documentation. In addition, it has built-in sensors for water temperature, (auto)compass direction and (auto)depth. It also has a patented pitching system that provides accurate rotation and manoeuvrability up to 180 degrees for easy sideways movement.

As countries with large coastal areas and many rivers and other waterways, it is important that the battle against water is not lost. Dams and sluices protect the inland areas from the water from rivers, and regulate water flow with great techniques. Some of these structures are used so much every year that they cannot be stopped. But on the other hand, because of this large use, it is important to keep the construction as good as possible, and to monitor it well.

When people think of dikes, they often think of the dikes along the coast and around rivers. However, these are the dikes on land, and there are also plenty of dikes in or on water (such as the Afsluitdijk). These also require a lot of maintenance due to the large flow and pressure of water and often also traffic. Because of the large impact the Afsluitdijk has on the economic and ecological area of the Netherlands, it has to be maintained well, and this can only be done through accurate data and continuous research.

Quays, come in all forms, shapes and sizes… From harbours to city canals. In Amsterdam, not everything is allowed over the quays for fear of collapsing. Earlier this year, a quay collapsed, with major consequences for traffic both on land and in the water. Inspections of quays can prevent situations like this, which would save a lot of money. But you don’t want to put people’s lives at risk in potentially unstable situations, do you?

Not everyone is convinced that underwater drones and underwater robots are the way of the future. However, underwater inspections require both ROVs and divers for safe, efficient and cost-effective offshore inspections. Currently, dive safety requirements stipulate that there must be three qualified divers for each dive, plus supervisors on the surface. It is therefore very expensive to maintain a diving team.

ROVs can and should be used with the divers to visually indicate the underwater structure. ROVs are particularly useful when the depth is greater and the safety of the divers may be compromised. Deep Trekker ROVs can operate for up to 8 hours underwater using on-board batteries. It is small enough to be transported to dive sites and does not require a large team to operate. In this respect, an ROV is more cost-effective.

“We were able to save valuable dive time by using an underwater drone to pinpoint the exact locations we wanted to focus on.” – Frank Hauser

Whether companies want to embark on the advances in underwater inspections remains to be seen. One thing is clear, however: ROVs are not meant to replace divers, but to reduce the risks of their profession. H2O drones believes that the use of an underwater drone (ROV) in combination with divers makes it possible to carry out inspections better, faster and more effectively – in terms of safety, efficiency and affordability.

Click here if you want to know more about the diversity of our drones, and in what situation you can use one!

Looking for expertise or advice? Contact us, or visit one of our social media pages: Facebook and LinkedIn.