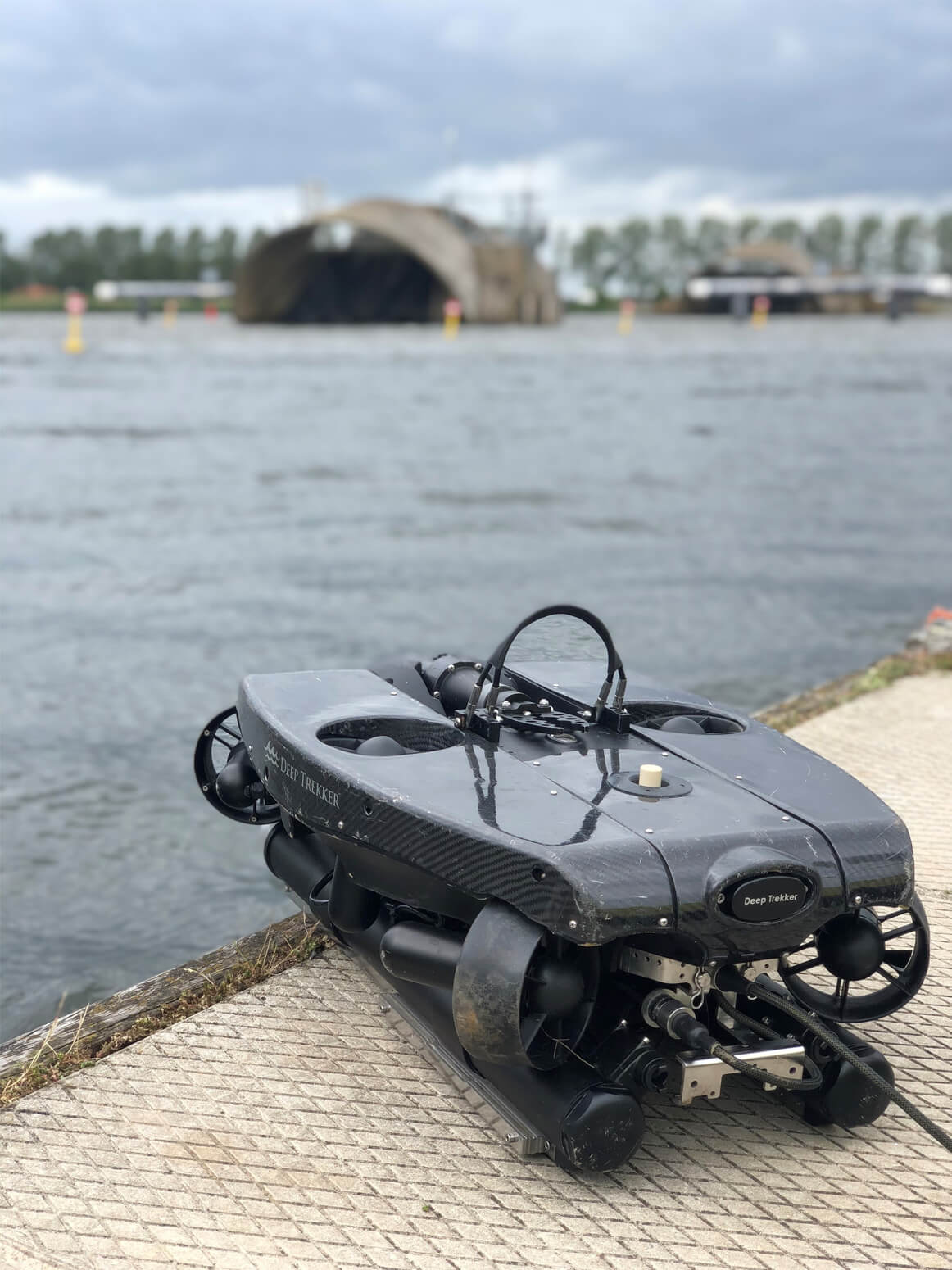 As a company you are always developing, for the company itself and for the customers. We are growing in the market, stay active on social media and work on renewing the website.

In addition to these marketing specific purposes, there are many more developments underway. Of course we are not going to mention all of them now, this will remain a nice surprise… However, one of the developments is:

One of the most technically complicated developments we are currently working on is 3D images. Bert Vierwind is our chosen person to convert the images we take underwater into a 3D environment.

Bert is a student at Van Hall Larenstein studying Land and Water Management. With us he has started to specialize in data improvement. The importance of this is that the data we receive can be presented to the customer in a more streamlined way. By using the images from the camera and sonar for a 3D model, it is always clear where certain cracks or other issues are located.

The images are used from the camera and sonar, and then made into a 3D model. This can be done, for example, of pipes, locks and quay walls.

The following photo is not a real photo:

This is an image of point clouds that result in an image capture. This technology is not yet flawless, but it can be used to produce a good image with many landmarks. Furthermore, we would like to spare you the background of the technological story.

Why did you start creating 3D-pictures?

For my studies in land and water management, I started an investigative internship at H2O-Drones. Here the director presented me with a problem the company was facing. Namely, the large amount of data collected by the drone and that still needs to be converted into information with a lot of man hours. The video images and sonar data collected by the underwater robot are some examples of these data outputs.

What can you do with 3D images? And what are the major benefits?

Now there is the possibility of converting video images into a 3D environment via photogrammetry. This is very useful for later to zoom in directly on the interesting parts of the inspection without spending hours watching video footage and comparing these frames. If, for example, there is a crack in an inspected diver, only half of it appears in the video image at one point and the other half at another point shows the other half, a lot of footage has to be processed in order to visualize something small. This takes a lot of man hours and can be solved much more easily by software. The 3D images are one s solution. Here the interesting parts can be easily and efficiently recognised and magnified.

How long do you spend creating a 3D environment?

It varies. For an inspection with imagery of an hour or more, the creation of such a three-dimensional image approximating the inspected environment can take an evening or day. However, there are options to speed up this process and it can be completed within 2 hours if necessary. The image will then be less accurate. It is just where the priority lies.

Do you see a future in this technological development?

There is very much a future in this development. Especially in performing autonomous inspections. Before a drone knows where it needs to be, of course, it must first be able to recognise the environment. Therefore, drones have to be trained and tested. Now there is an option for the software to solve this completely virtually. Although then there must first be an accurate three-dimensional environment in which the programs can be trained. That’s what photogrammetry-created 3D environments are essential for. If you want something to work in the real world, you have to use real-world material.

For more information on the progress of our technology developments, questions or opportunities… contact us!

Stay on top of our claims via Facebook or LinkedIn!