The Netherlands, land of water! The world champion of innovation in water. 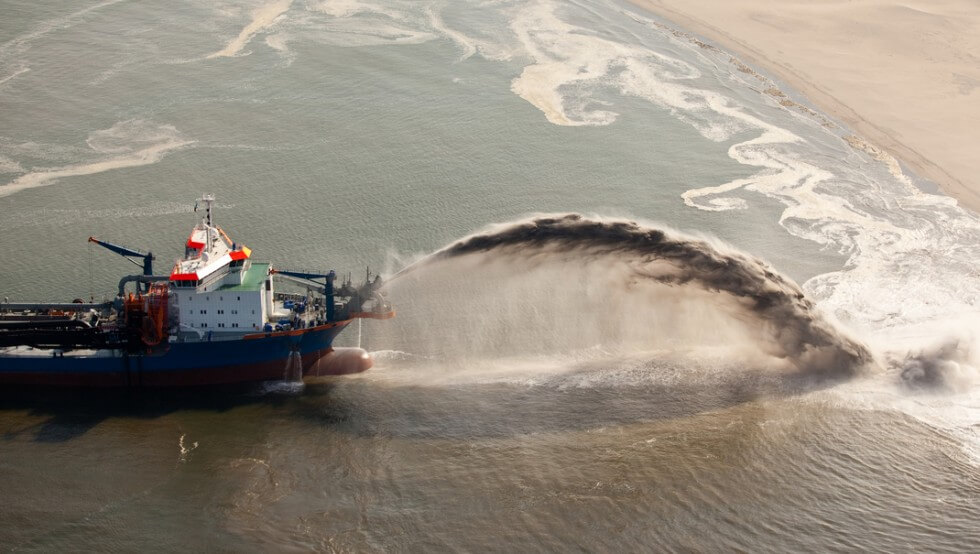 The Netherlands has been a true water country for a long time. Beginning with the influence of the Romans, knowledge and skill entered the Netherlands. They already had knowledge of building bridges and aqueducts. Years later, the Netherlands was a source of prosperity due to the growing shipping industry. This was particularly noticeable in the Golden Age, when the Netherlands’ prosperity and power grew considerably. Besides the shipping industry, other constructions were also built long ago, such as the Afsluitdijk and the North Sea Canal. In fact, even the king has a specialisation in water management. Partly because of this, the Netherlands is on the map as a real water country. The country that has been fighting the water for centuries and can even expand the land on the water.

Water-related assets in the offshore

There are many assets in the offshore. Most of these assets are used to protect large inland areas. These are mainly dams and dikes. All coastal areas are protected by dikes, from Zeeland to Delfzijl. There are also large land reclamation areas where the Netherlands can grow a little larger every day. By dumping a lot of sand in a specific place, land slowly rises above the water. This is a solution for lack of space, for example for housing or creating a port. The image below shows how the Netherlands has been expanding for centuries, at the expense of water! But in addition to land reclamation, the Netherlands is also very busy with sustainable energy. For example, by placing many wind farms in the North Sea, the windmills are largely out of sight, catch a lot of wind and provide the most benefit to everyone. Many bridges are in the water in Zeeland, where large peninsulas are connected by the longest bridge in the Netherlands! 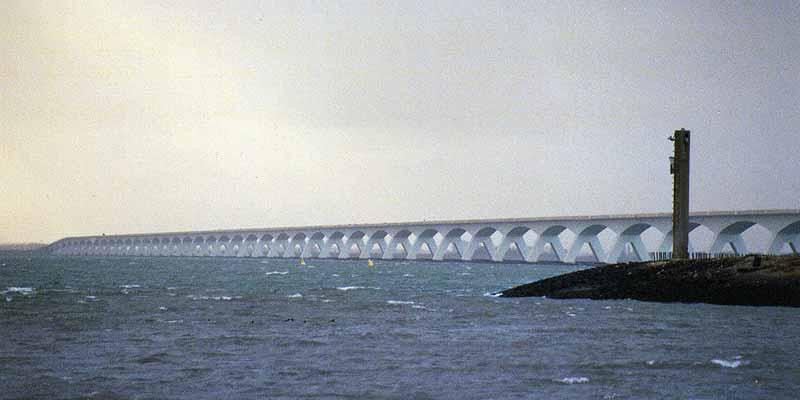 Rivers and the work involved:

For centuries, the Netherlands has been known for its shipping industry. Although this looked very different in the Golden Age than it does today, the Netherlands is still one of the gateways to Europe. For example, the Rhine is the busiest inland shipping route in all of Europe, and about two-thirds of all goods are transported on this river. To make all this possible, many assets are needed. To start with, the rivers must not bend too much (meander), which is not practical for the shipping industry because they have to travel a distance that is up to twice as long. This immediately brings with it a practical disadvantage. The water flowing through the Rhine does not change, but it travels a shorter distance. This means that the water level is higher than in a freely meandering river. Therefore, the river must be well enclosed between dykes and dams, so that it cannot flood. Furthermore, to ensure that all shipping can pass through the river properly, locks are needed to equalise the differences in water levels and to keep a river accessible at all times. By means of locks and dams, this can be done in a convenient way, and the Netherlands is the gateway to the rest of Europe. All this is well reflected in the port of Rotterdam, where the Maashaven is a large piece of new land reclamation area. This port is in fact one of the largest in Europe, partly due to the outcome of the Rhine. Here, people are also constantly working on the fight against water, and especially working with water.

Watermanagement in the cities

Apart from the rivers themselves, a lot of water can be found in cities. A lot of water is transported, especially through pipes such as sewers or pipelines for drinking water. This water either comes out of the tap for the Dutch people or from water treatment plants. After a lot of rainfall, the pipes can be completely full and there is a risk of flooding. Because of this, the drainage of water must always be in good order, and the Netherlands is full of pipes. Earlier this year, we have already seen what large amounts of water can cause, and especially what is needed to make this work. Sewers, dams, dikes, flood plains and sluices were all deployed to minimise the impact on the Dutch population.

Because of all the developments that the Netherlands has made in the field of water, we are also a great example for other countries. For example, many Dutch experts are regularly asked to help with the construction of dams or land reclamation. The Netherlands can be used as a knowledge centre for this, thanks to the large amount of experience accumulated over the years. From Rijkswaterstaat (Ministery of Dutch waterways) and the top sector water (hydraulic engineering) a lot of information can be shared with foreign countries, or Dutch companies can be hired.

The Dutch and Dutch companies are famous in the hydraulic engineering sector, among others. So famous, in fact, that our small country has put itself on the world map. Abroad, we are often known as Holland, the Land of Water.

Follow us on one of our social media channels: