Clear visibility under the most extreme circumstances. 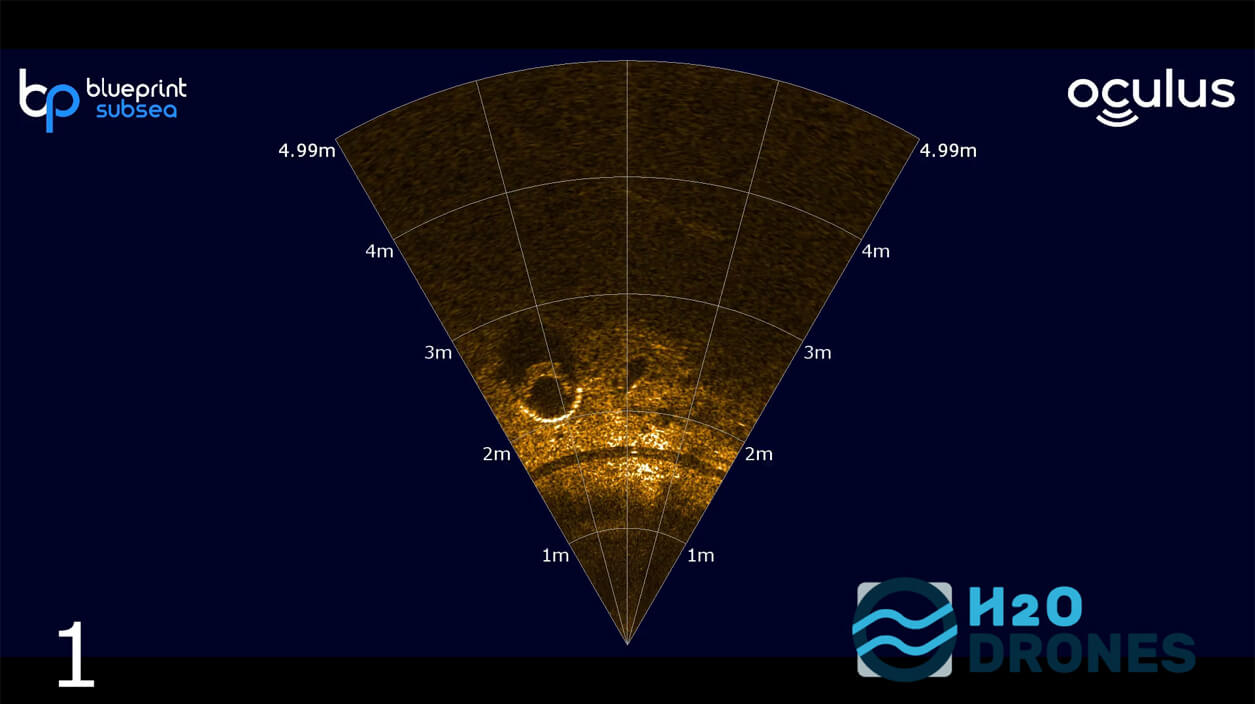 Unfortunately, the visibility in our inland waterways is not always equally good.

This is caused by the quality of the water or by, for example, the turbidity of the water. This turbidity can be created when dredging spoil is being moved by passing ships. Under favorable circumstances, the visibility under water can be as good as up to 4 meters, but in many cases it is just a few centimeters!

The cameras in our underwater drone can see just as much as the human eye and the images are being shown live on the screens that we use during our inspections. The camera of the underwater drone enables us to approach to the objects under water up a couple of centimeters. This way you can always show an object and observe details.

In order to create an overall picture and visibility under water under the most extreme circumstances, we deploy a so called ‘Forward Looking Imaging Sonar’.

This sonar gives us a good picture under water and can see over a distance of up to 60 meters. The sonar is not only a super auxiliary to visualize objects to the smallest detail, it is also a great auxiliary to gain orientation during the activities in open water in case the underwater drone is not equipped with a GPS localization system.

The sonar works best if it can be moved like you would do, for example with a flashlight in the dark. You move the light beam to where you require visibility. It is for that reason that the sonar on the Deeptrekker underwater drones show their best side. The Deeptrekker underwater drones have a unique pivotable head to rotate the camera and sonar 260 degrees across a vertical shaft. That is to create this particular movement that makes the use of the sonar such worthwhile.

Taking a look under water was never this easy!

If you have further questions, contact us here. Or follow us on LinkedIn to stay up-to date with our developments!